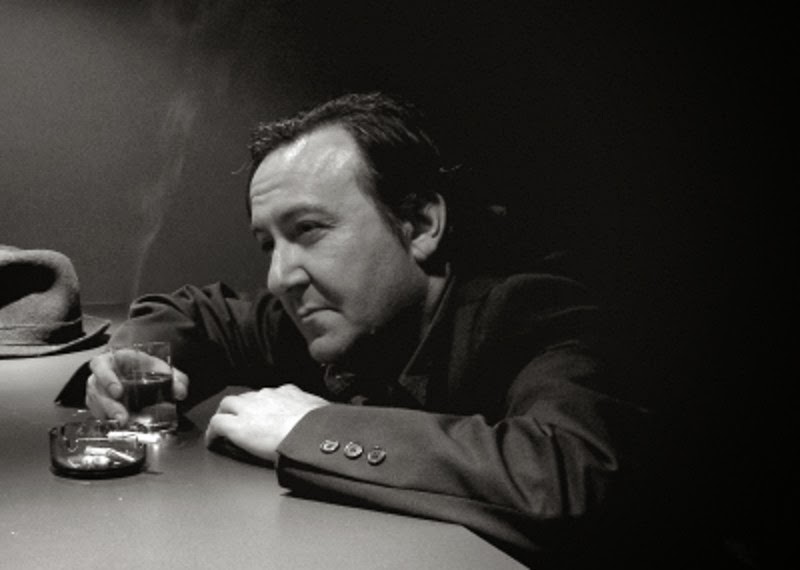 My first interview is with a gentleman that needs no introduction from me that's for damn sure, but he'll get one anyway. He's everywhere you look, involved with everything and willing to help everyone. Paul D. Brazill is universally respected and a permanent fixture in the Thriller and Crime Fiction world. He's a top shelf writer, an editor of great note and an unquestioned supporter of other writers. I'm proud to present a short Q and A session with Paul.

1.) In at least 100 words, create a new biography for yourself - without the mention of writing or books.

Paul D. Brazill came into the world kicking and screaming and he hasn’t stopped since. He’s been around a bit but now he’s a bit round. He may not have shot Liberty Valance but he does know a bloke who said he did. He had, once upon a crime, aspirations toward being the one who knocks but Avon refused his application.  Tired of the puerile debate about whether slow zombies are better than fast zombies he has decided to make a film about skipping zombies. Tony Orlando and Dawn Of The Dead will be opening at a cinema near you in the near future.

2.) Did you grow up with artists around you, either friends or family, who influenced or nurtured the expression of art in any medium? If so describe what that was like - and if not, was it the exact opposite environment or somewhere in between?

Not arty at all!  Mine was a completely working class family though my oldest brother became a professional musician playing in hotels, bars, working men’s clubs, cruise ships etc.

3.) Earlier in life, what art form interested you the most; Visual, Music, Theatre, Film or Literature and the written word?

Like a lot of kids I wanted to be a comics artist. I used to draw my own comics. After that, in the teenagehood, it was music. I played in a couple of post-punk bands and really wanted to pursue songwriting.

4.) I think the most important thing to any writer is what the next project is, what’s up ahead and around the next turn, so let us know what that is – but also tell us what you have just finished or have going on right now.

My comic crime novella Guns Of Brixton will be re-published this year by Caffeine Nights and I’m working on a follow up- Holidays In The Sun.

The Italian publishers Atlantis will be putting a few of my globe- well Europe- hopping noir stories together as a novella, probably called The Noir World Of Luke Case.

I’m self-publishing an anthology called Exiles: A Outsider Anthology. It should be out in April. Loads of great writers are involved including Patti Abbot, Kate Laity, Richard Godwin and Pamila Payne.

5.) What is your personal favorite for a story or book that you have written, from twenty years ago or yesterday. Doesn’t matter. Oh, by the way, why?

I recently re- read Red Esperanto – a Warsaw set noir that was published by Atlantis (Rosso Esperanto in Italian) and will be included in the next Mammoth Book Of Best British Crime.
I like it because it’s fun. Quite over-ripe in parts but all the better for it, I think.

6.) List three of your favorite authors who you don’t know and the one book or story that makes them your favorites.

7.) Tell me what you believe to be your biggest struggle or challenge is in the writing experience. Is it the universal need for more dedicated writing time, starting, finishing, developing the plot, outlining, dialogue, etc? Or is afterward, editing, marketing….maybe just being satisfied with the final product?

Money, or the lack of it. Money makes everything better. Unless you’re a dickhead.
8.) What would you say, in your own experience, has been more helpful in improving as a writer? Reading more people or watching more people?

For me, reading to be sure. The other stuff was and is always there but reading nudges observations of life into the direction where they become a story. Though, I must say, actually writing is the most important thing. What’s the best way to get to Carnegie Hall?

9.)Which of these negative traits do you feel most, if not all of us share as writers (to some degree); Selfish, Arrogant, Needy, Self-Absorbed, Clannish, Insincere or Hypocritical? Those are just some of my own traits so if I missed one, please fill in the above.

10.) The most intellectual question has been saved for last. You’re on death row looking down that Green Mile corridor and there’s no last minute call coming from the Governor either. What is your final meal and drink? And be specific, because well, this is it. The last decision you’ll ever make.

A really hot curry and a really strong lager! They’ll remember me alright …
Posted by Unknown at 1:55 PM

Ha! Going out with a bang! Great interview. Now I know which Highsmith I need to read next, too.

I REALLY like the idea of executing him....I'll pay for the curry & lager

I think you'd have gotten on well with my brother, Andrew. Dangerously so ...

I don't mind being executed though not yet ...

Thank you all very much for reading and commenting. Please spread the word if you feel it's worth it. I'll be doing a new interview every two weeks or so.

Paul, once again I really appreciate it....and the Governor did call by the way but instead of a stay, he moved the date up.

All good writing is swimming under water and holding your breath.
-F. Scott Fitzgerald
If you write one story, it may be bad; if you write a hundred, you have the odds in your favor.
- Edgar Rice Burroughs

It begins with a character, usually, and once he stands up on his feet and begins to move, all I can do is trot along behind him with a paper and pencil trying to keep up long enough to put down what he says and does.
- William Faulkner 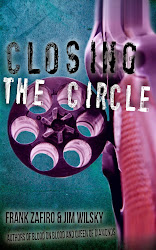 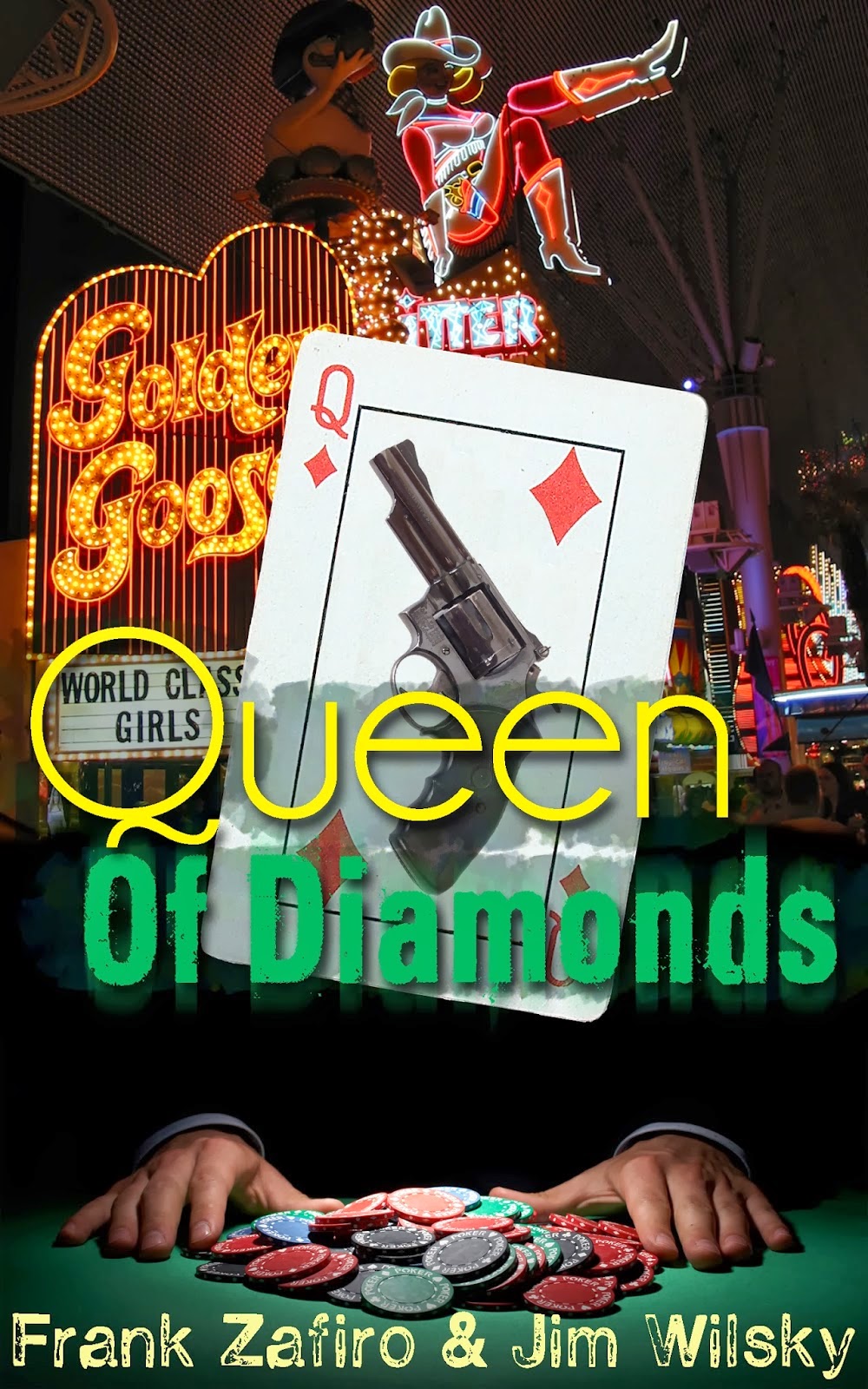 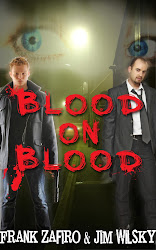